skip to main | skip to sidebar
Welcome to the Eat, Shop, Play, Love blog. This is a writing experiment that aims to lend a voice to the millions of Asians around the world who have left their native countries to live their lives in a different place, for whatever the reasons may be. Read the authors' profiles here.

Una Ragazza on Shop: If the Shoe Box Fits

In the first 32 years of my being, the largest purchase I had ever made was an Aeroflot ticket to Moscow's Sheremetyevo in 2006: US$1,347.19. At that time, I had lamented its substantially higher price compared to those for flights bound for other European capitols originating from the New York Tri-State area. Think about it: I could have gotten a ticket to London or Paris for half that price, with English-speaking flight attendants to boot. On the other hand, it probably would have cost me nearly the other half of that ticket to get from London or Paris to the start of the Trans-Siberian train route. So, like every other overworked New Yorker determined to make the most of her meager vacation, I grudgingly forked out the money and told myself I'd make up for it by limiting the vodka and caviar parties once I got there. 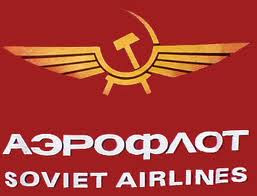 Fast forward to the spring of 2010. I found myself with an apartment lease extension agreement in the mailbox with yet another ridiculous increase in a one-year rental. Although not a purchase, my monthly rent was way higher than my most expensive purchase-to-date, without even a photo of strange food or grazing animals in the Mongolian plains to show for. 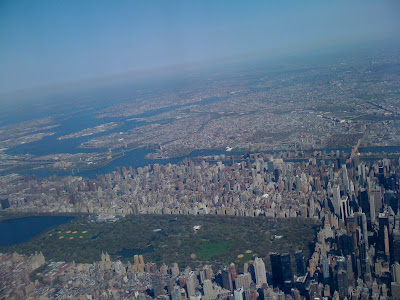 "Why don't you buy a place?" my mom wearily asked when I complained about my situation. "You're throwing so much money down the drain. Everybody should own property. That's the best way to save. See all your friends here in Singapore? They already own HDB flats, and some of them have even upgraded to condos."

"But I'm not sure how long I will be here in New York," I protested. "What if I leave next year? Wouldn't I end up losing more?

The thought of potentially spending nearly half a million dollars on a shoe box with a glamorized zipcode was scary. After all, even Un Ragazzo's slick-looking shoe box was chewed on by mice last summer.

Despite my uncertainty, I decided to give apartment-hunting a go. After all, the real estate market in New York had tamed in the year following the Lehman crisis, and I've always wondered about New York buildings, a curiosity fueled by having two architects in the family who had lived in Manhattan. Besides, if I do buy an apartment, I would finally feel I'm ready to invest in my own furniture from Tlaquepaque, my own lights from Murano, my own sculptures and wall paintings from Bali, and my own rugs from Fez and Istanbul. 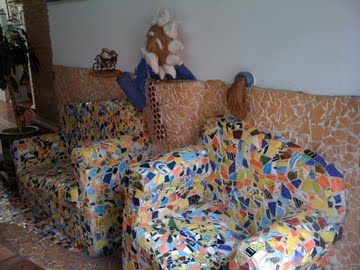 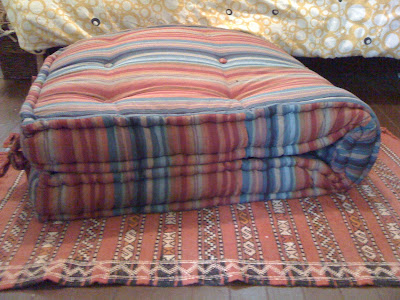 It did cross my mind that in order to fit any of that into a 500-square-foot apartment in Manhattan, I may have to tame my expectations and limit myself to one theme. In any case, the more I thought about the prospect of having a place to call my own, the more excited I got.

Now, this wasn't my first attempt at buying an apartment. Over the years, I'd accompanied former boyfriends to view properties for various reasons: learn how their own property compare to others in the market, steal chic decorating ideas from city dwellers, and get a few house-hunting tips from overeager real estate brokers. And when my favorite aunt paid me a visit two Christmases ago, I even indulged in her desire for me to buy property and went to a couple of open houses. 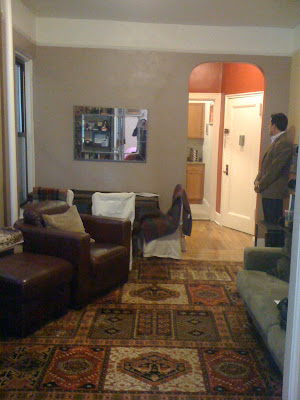 Some apartments that made it onto my shortlist... (windows in every room!) 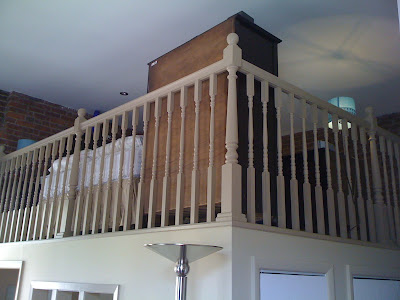 Some apartments that made it onto my shortlist... (loved the lofty feel, but would 6' 3" Un Ragazzo fit into the tiny loft space?

This, however, is the first time my attitude has crossed the window-shopping line to venture into the mode of a serious prospective buyer.

Buying real estate in Manhattan is notoriously complex. There are co-ops, which make up 85 percent of the property market, and in which you don't actually own the home. Instead, you own shares of a co-op corporation that owns the building. Co-ops have a quirky requirement that potential buyers need to pass: approval by the building's board of directors. This is a time-consuming and potentially embarrassing process which requires the buyer to bare her soul about her personal finances, employment and personal background. I know of friends who were more nervous before their interviews with the board than before their job interviews. There are free-for-all sessions where vindictive neighbors-to-be could ask questions ranging from "Why did you lose your job last year?" and "Do you smoke?" to "Do you throw wild parties?" and "Do you intend to use your apartment for your fortune-telling business?"

Then there are condos, which simply mean that you own the property. They also do not necessarily come with the sports and recreational facilities (such as a pool, gym, karaoke lounge or barbecue pits) that define a condo in Singapore. No board approval is required for condo buyers, who are also allowed to sublet their apartments at will.

With my limited budget, I would be in the market for a co-op. Which, I guess, means I'd be buying shares in a stack of shoe boxes. 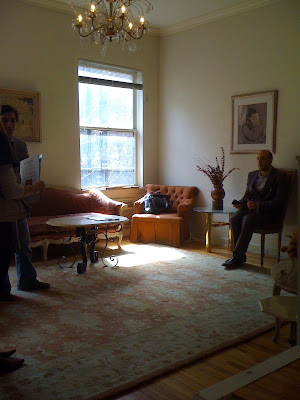 ... And some that didn't quite cut it (freaky furniture and fixtures, dubious disappearing agents) 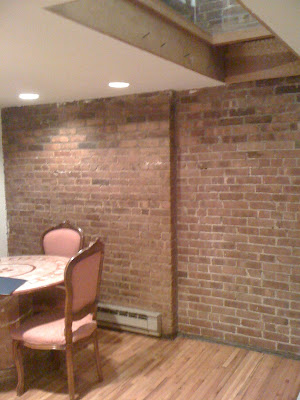 ... And some that didn't quite cut it (weird floor window that allowed a dinner guest to peek up your night dress in the bedroom above)

As the weekend approached, I found myself excited for the Sunday open houses. First up was a third-floor walk-up apartment in Lower East Side on the border of Chinatown. Good -- familiar food at reasonable prices, I thought. What a bonus if this were to work out. Arriving punctually at the building, I received a text from the broker that he'd be late because another viewing in a nearby building was being delayed. I loitered around the neighborhood to check out the amenities. Deserted streets with several shops out of business; litter strewn on the sidewalks. Be open-minded, I chided myself. LES is gentrifying. There are more and more cool shops and restaurants in the 'hood. 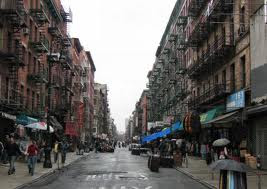 LES: cool or ghetto? You decide.

When the broker finally arrived, he was apologetic. I soon found him making excuses for quite a few things.

Firstly, for being late.

"Somebody viewing another property showed up late, so I got delayed."

Secondly, for the whiff of foul-smelling garbage that filled the stairwell.

"The building owner is in the process of setting up a room for the trash cans, and in the meantime, the garbage is sitting out here on the ground floor."

Thirdly, for the lack of a bathroom or even a shower in the apartment (!).

"There is a wash basin and a kitchen sink. That's where the current tenants get their water for washing."

Shocked that such apartments still exist in 21st-century Manhattan, I was relieved to duck into the subway and move on to the next viewing.

West Village is a lovely neighborhood. There are many tree-lined streets with pre-war townhouses, like the one featured on Sex and the City as Carrie Bradshaw's street. Her apartment, as many fans may already know, is physically located here. The place I was viewing was in a low-rise building with a lovely little stoop (a staircase leading from the sidewalk to the building entrance). 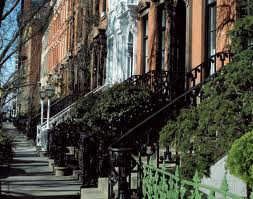 The pretty facade of the West Village building

As I approached the steps, I saw an elderly man in his 70's with a walker. He was making one wobbly step every two seconds. With the help of a friend, we got him up the stoop, through the building vestibule and into the elevator, and finally to his front door. What would take us two minutes ended up being a 15-minute affair. Once at his doorstep, we patiently waited for him to fish out his keys and open the door, just in case he needed any assistance. When the key finally turned and the door was pushed open, we saw a couch at the end of the short hallway heaped with clothes. The floor was made of very old wooden planks, dotted by some food items. As the door slowly closed, we saw a mouse scurry across the floor.

It turned out that the apartment we were viewing was right next to that of this senior's. Fearful of the prospect of a mouse colony right next door, I decided that it would be wise to give the apartment a miss. After all, having a neighbor who would otherwise not be able to afford his apartment in such a lovely neighborhood – if not because of an old city law that controls his rent until he moves out or until his passing – means that I may find myself willing for his last breath every time I hear a tiny squeak or the wobbly thumping of his walking frame through the walls.

Not very becoming of a new neighbor, I reckoned. I guess I'm on to another week of StreetEasy.com trolling.

Looks like we won't be seeing each other for a while, Crate and Barrel. The West Village apartment that got away... one very pregnant and hormonal lady refused to sell
Posted by Eat.Shop.Play.Love at 11:17 AM

Eat.Shop.Play.Love
Presenting a collection of tales from singaporean women living abroad, sharing experiences on what makes them enjoy their time away from the lion city, and what makes them miss it more than they thought they were capable of. Consider this a tribute to the women who have come and gone before us, and an invitation to those on the verge of jumping off that fence to join us. If you're a Singaporean who has taken the plunge to leave our sunny island and would like to join us, drop a note to eatshopplaylove@gmail.com today.